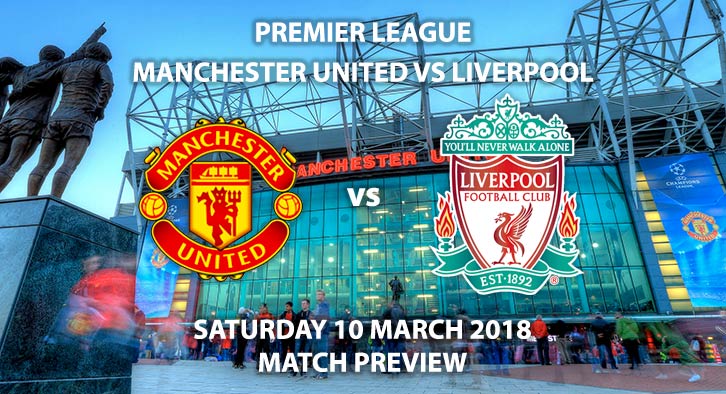 Following their dramatic 3-2 victory over Crystal Palace on Monday night, Manchester United moved back up to second in the Premier League. Had they not won, they would have gone into this game below Liverpool. Whilst United defended poorly for both goals, the fight and spirit they showed was reminiscent of previous Sir Alex Ferguson teams. Coincidentally it was also the first time United had thought back to win from two goals since the Scotsman retired. Romelu Lukaku grabbed himself the all-important equaliser, taking his tally for the season to 28. The Belgian striker also has five goals in his six games. Manchester United are now unbeaten in four games and have won their last four home games. Their last defeat at Old Trafford came back in December, which is their only home loss of the season.

Liverpool come into this game off the back of a 0-0 draw with Porto in midweek. Having held a 5-0 aggregate lead, Jurgen Klopp rotated his squad. This gave him the chance to rest Mohamad Salah, whilst Sadio Mane and Roberto Firmino were also taken off during the game. Liverpool know that a win would take them above their rivals into second place. The Reds have lost just once in 20 league outings; form that has fired them into the top four. They have won their last two on the road but are yet to win away at any of the ‘big five’ this season. In those games, they have drawn with Arsenal but suffered defeat to Tottenham and Manchester City.

The last four meetings between these two sides have ended in draws, including the corresponding fixture this season. United have lost just one of their last nine games against Liverpool. The Reds last win at Old Trafford came in 2014 when they came ever so close to winning the league under Brendan Rodgers.

Craig Pawson has been appointed as the referee for this match on Saturday. The Englishman has the highest average booking points total in the league this season with 41.7. In his 18 league games, he has issued 65 yellow cards and four red cards. Therefore, booking points could be something to look out for in any RABS.

With both teams in relatively good form, I could see this game being a draw. United are strong at home, whilst Liverpool carry a huge threat on the counter-attack. Thus, BTTS would be my safest bet, whilst BTTS and draw would bet my bet at longer odds.

Manchester United vs Liverpool will be televised live in the UK on Sky Sports Football with kick-off at 12:30 GMT.

More markets will be added prior to the game kicking off on Saturday afternoon. Keep visiting the tips and preview area for further updates and betting previews for more previews from this weekends domestic league action.