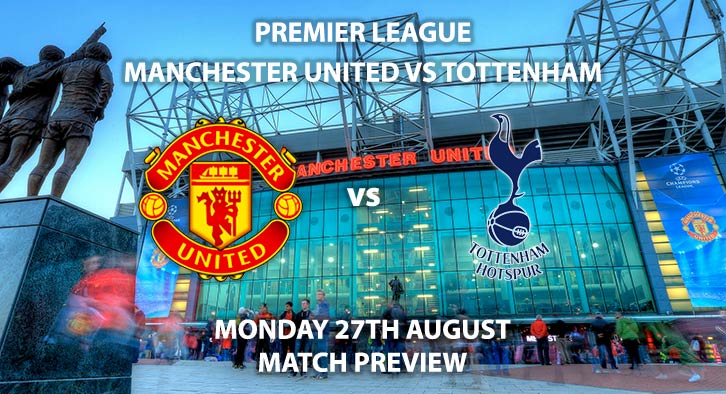 Jose Mourinho’s side suffered their first defeat of the season at the Amex last weekend, losing 3-2 to Brighton. With Mourinho for his ‘third season meltdowns’, there are already worrying signs for Red Devils fans. Ed Woodward didn’t back his man in the transfer window, as United failed to sign a much-needed centre back. Woodward found fault with each of Mourinho’s targets, with Toby Alderweireld now 29, Jerome Boateng injury-prone and Harry Maguire costing £70m. However, if United want to close the gap to City they needed to invest in a defender. You can’t bring in Mourinho, knowing that he is a manager for now, rather than the future and not back him – especially after giving a contract extension in January.

Tottenham have started the season with two wins, despite not quite being at their best with a number of World Cup stars absent. Harry Kane got himself off and running for the new season last week; ending his August hoodoo in the process. The Englishman had previously gone 15th matches without a goal in August, but sealed Spurs win with their third goal in a 3-1 win over Fulham. Despite failing to make any signings in the summer, Tottenham still look strong. Lucas Moura, who has struggled since joining from PSG last January, has started the season well. The Brazilian feels like a new addition and is starting to turn in the calibre of performance Spurs supporters were expecting when he joined six months ago.

Craig Pawson is the referee for Monday night’s clash. The Englishman has averaged 50+ booking points over two games, having issued red cards in both matches. He has also shown five yellow cards in his two games, so therefore I would advise a maximum of 40+ total match booking points.

It’s very hard to tell how United will react from last week’s loss. They could either down tools completely, or blow Tottenham out the water – they have the potential to do either. I’m expecting an improved performance, but Spurs don’t lose many games. Therefore, I think this could be a draw, or one goal separating the teams.

Manchester United vs Tottenham Hotspur will be televised live in the UK on Sky Sports Football with kick off at 20:00 GMT.

Odds and markets last updated on Monday 27th August 2018 @18:12 GMT. Keep checking back to see if there’s any updates to markets – the time stamp in the previous sentence for when we update tips on this page will be updated.