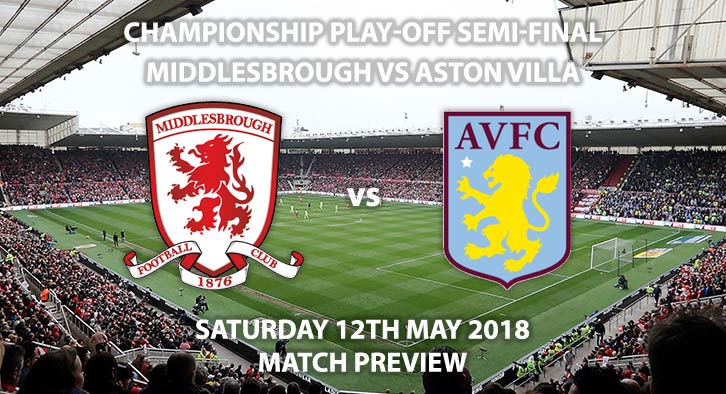 The most eagerly awaited time of the year is upon us. Not, not Christmas. The play-offs! Fourth faces fifth in this match-up with both of these sides looking to return to the Premier League. Middlesbrough were vindicated by their decision to swap Gary Monk for Tony Pulis as the Welshman guided Boro to a top-six finish. Pulis’ experience could be vital as he looks to guide them back into the top-flight at the first time of asking. They have won their last four games, hitting momentum at just the right time.

They’ve lost just once in their last seven matches and are unbeaten at home since March. Since coming into the club Pulis ha made the Riverside Stadium a fortress again. Only three home defeats since December tells half the story, with clean sheets a huge part of their success. In Patrick Bamford and Britt Assombalonga, there are goals in the team. Middlesbrough’s record signing hasn’t had the greatest of debut campaign, by his high standard, but does have two goals in his last three games.

Aston Villa are my pick for the play-offs. In Steve Bruce, they have a manager that has been there and got the t-shirt. He knows how to get promoted, especially through the play-offs. His side is filled with big-game know-how. From John Terry to Robert Snodgrass and Glenn Whelan; these players know how to get the job done. Villa did end the campaign with a disappointing 1-0 defeat to Millwall, although they did rest a few key players with their play-off spot already confirmed. On the road, they have only won one of their last five matches; a run that needs to end on Saturday night. If they can avoid defeat at the Riverside I would make them favourites to progress. Whether they can repel Middlesbrough for 90 minutes, however, remains to be seen.

Bobby Madley is the referee for this crucial game. The Englishman has an average booking points total of 31.1 from 18 Premier League games. He has, however, only officiated at the second-tier four times this season and is an experienced top-flight referee.

The first leg of most play-off ties are cagey. With so much to lose, neither team will be desperate to go ‘gung-ho’. As a result, I think this will be a draw, in what should be a well-contested match.

Middlesbrough vs Aston Villa will be televised live in the UK on Sky Sports Football with kick off at 17:15 GMT.