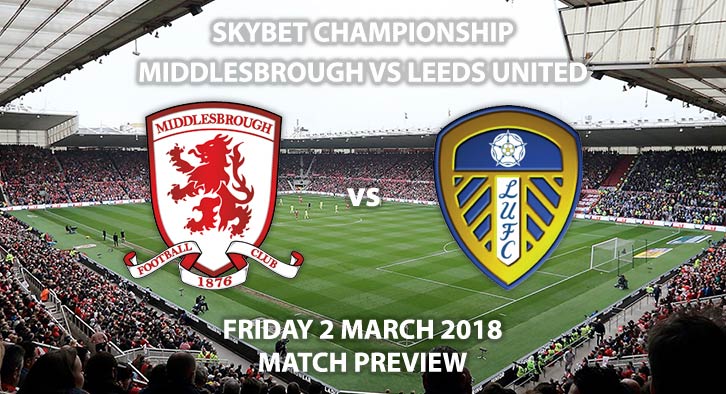 Both clubs have endured average seasons by their own standards, as they are both chasing play-off positions. This match is dubbed as a ‘six-pointer’ as there is only three points separating the two sides near the business end of the season.

The hosts are currently eighth in the SkyBet Championship only three points behind Sheffield United in the last play-off spot. New manager Tony Pulis has reenergized the squad that were looking rather timid and frail under old manager Garry Monk. Pulis has helped the northern outfit to accumulate 52 points from their 34 matches so far. In those matches they have found the back of the net 46 times, with two or more goals being scored in 47% of their outings.

Tony Pulis has made his trademark effect on the team, making them dangerous on the counter attack. By utilizing the pace in the squad they have got in behind opposition defences much more often which has seen their more recent matches turn into goal fests. They have also been awarded an average of 5.6 corners at the Riverside Stadium this season for their attacking endeavours.

The visitors are currently eleventh in the SkyBet Championship, with a loss on Friday night all but crushing their play-off dreams. The northerners have not been shy of goals this season and have scored 47 times in their 34 league outings. German Striker Pierre-Michel Lasogga has begun to find his feet in Leeds and has now hit double figures for the season. He has also spearheaded an attack that has managed two or more goals in 41% of their matches. Four of his 10 goals this season have come via a header. This has made him the fourth highest in the league for goals scored via a header.

However, defensively Leeds have found things a little more difficult this season. They have only kept a clean sheet in 38% of their league matches and conceded a total of 43 goals in the campaign. They have also found themselves to be rather ill disciplined, having been awarded an average of 22.9 booking points this season. The referee in charge of this encounter is Darren England. The official has not been shy when brandishing his cards this season, having averaged a 38.3 booking points in his 21 Championship matches. Middlesbrough have only been slightly better mannered this season, having averaged 20 booking points.

Middlesbrough vs Leeds United will be televised on Sky Sports Football in the UK and will kick off at 19:45 GMT.

More markets will be added later today prior to the game kicking off on tonight. Keep visiting the tips and preview area for further updates and previews for this weekends fixtures.