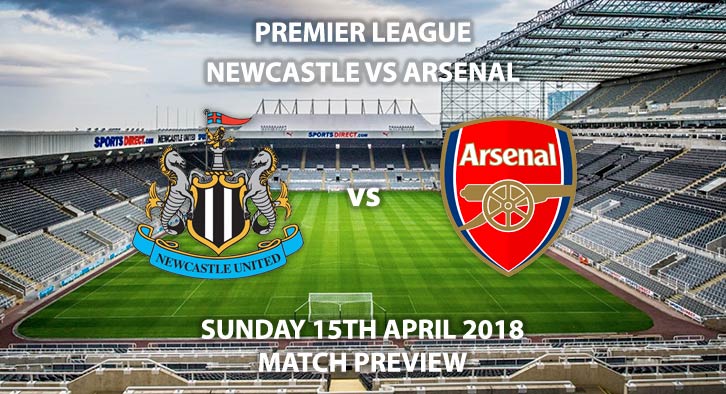 Newcastle United vs Arsenal – Newcastle face off against Arsenal in Premier League action this Super Sunday.

The hosts are hoping to cement their Premier League status for next year after a mixed season for the Magpies. Arsenal have turned their attentions to the UEFA Europa League after another disappointing domestic campaign for Arsene Wenger’s side.

Newcastle United are currently 10th in the Premier League with only six games left. Despite their comfortable table standing, Newcastle are not quite out of the thick of this tight relegation battle just yet. Rafa Benitez’ side will need one more victory to pull far enough away to complete Premier League survival. Their attacking prowess has been rather average this season. They have scored 33 goals in 32 games and scored two or more in only 25% of their home matches. Dwight Gayle has had the best turnover in a Newcastle shirt this season with 5 goals and 3 assists.

Defensively, Newcastle have been a tough nut to crack. They have conceded 41 goals and kept a clean sheet in 25% of their league matches. An in-form Arsenal will be a very hard test for this Newcastle side.

Arsenal are currently sixth in the Premier League and have turned their focus to their European dreams. They are 13 points from the Champions League spots; an achievement that has left fans frustrated and wanting new management for the next season. They have scored a total of 61 goals and scored two or more in 50% of their league matches. Pierre Emerick Aubameyang has found form as of late with a goal in their recent 21 victory over Southampton.

At the back, Arsenal have not been too impressive. They have conceded 43 goals in their 32 matches and had a clean sheet in 34% of their matches. Arsenal are favourites due to their recent impressive attacking efforts.

The referee for this encounter is Anthony Taylor. The official has awarded an average of 34.6 booking points in his 23 Premier League matches. The Englishman shouldn’t have too many issues to deal with, as Arsenal have averaged 16.7 booking points and Newcastle, 15.6.

Newcastle United vs Arsenal will be televised live in the UK on Sky Sports Premier League with kick off at 13:30.

Odds and markets last updated on 15th April 2018 @12:30 GMT. Markets unlikely to be updated prior to kick off.