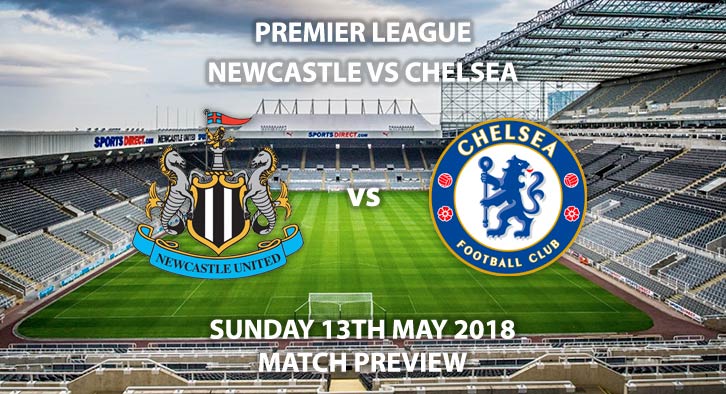 Newcastle vs Chelsea – Chelsea will be hoping to keep their faint top-four hopes alive with a win against Newcastle on Sunday.

Chelsea’s 1-1 draw against Huddersfield in midweek left them two points behind fourth-placed Liverpool ahead of the final day of the season. Victory would have lifted Antonio Conte’s men level on points with the Reds, although they do possess an inferior goal difference. The scenario is simple now; Chelsea must win and hope Liverpool lose at home to Brighton. Otherwise, it is Europa League football for the Blues. It’s been a disappointing season for Chelsea, which was summed up in their draw at on Wednesday. They have one of the league’s lowest conversion rates, which has been the main downfall of their season. Without Diego Costa, Chelsea have lacked goals and a ruthless edge in front of goal. With this likely to be Conte’s last game in charge, the new man coming in has a rebuilding job on his hands.

Rafa Benitez has done a remarkable job; leading to Newcastle to safety in the Premier League. Despite being one of the league’s biggest clubs, they have arguably the worse squad. In the summer, they need some real investment to push the club forward. If not, they risk losing Benitez, which would be a massive loss. A goal-scorer must be high on the club list of summer targets. Ayoze Perez is the club’s leading marksman, but he only has eight goals to his name. After four consecutive wins, Newcastle have lost their last three matches. A run symptomatic of their up and down season.

Martin Atkinson is the referee for Sunday’s match. The Englishman has an average booking points total of 42, the highest in the league. He has officiated the third highest numbers of games at 27, with only Michael Oliver and John Moss exceeding his tally.

Newcastle have little to play for, with their Premier League status already secured. You never know which version of them will show up, making it hard to predict this game. Chelsea, by contrast, must ensure they win to keep alive any chance of Champions League football.

Newcastle United vs Chelsea will be televised live in the UK on Sky Sports Premier League with kick off at 15:00 GMT.