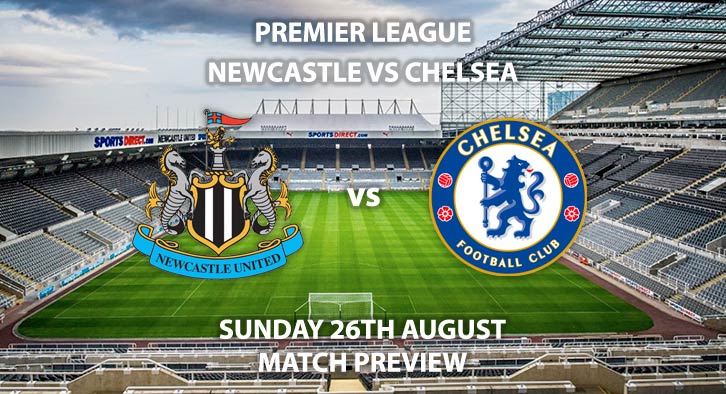 Newcastle United vs Chelsea – Newcastle and Chelsea will go head to head this Super Sunday in Premier League action.

The hosts have been a picture of frustration so far. Meanwhile, Chelsea have flourished under new management in Maurizio Sarri.

Newcastle are priced at 4/1 to win this match by SkyBet, in light of their disappointing draw with Cardiff in their last outing. They have managed only one point from two matches. They should have continued their promising showing from the Tottenham loss however their creative players such as Kenedy couldn’t get into the game. Jamaal Lascelles has marshalled the backline superbly under Benitez’ management but will have his hands full with Alvaro Morata and Eden Hazard this weekend. Joselu will be a key figure if Newcastle are to provide a shock. The Spaniard is priced at 9/1 to score first this weekend.

Chelsea have had a strong start to the season and are priced at 8/13 to beat Newcastle away from home. Their recent victory to Arsenal did not come without its drama, however a late finish from left wing back Marcos Alonso made sure all three points were secured at Stamford Bridge to make it six points from two games. Spanish winger Pedro has kept Eden Hazard out of the starting line-up and scored twice so far. He is 15/8 to score anytime however it is unsure whether Hazard, priced at 13/8, will return to the starting side. Chelsea should have too much quality for Newcastle – expect plenty of possession, shots and corners for the visitors. They’ve averaged 5 corners per match so far but expect 7+ this weekend.

The referee for this match will be Paul Tierney. The official brandished three yellow cards in his only match of the season so far. Newcastle are no strangers to the referee’s pocket so expect 40+ booking points.

Newcastle United vs Chelsea will be televised live in the UK on Sky Sports Premier League and kicks off at 16:00 GMT.

Odds and markets last updated on Sunday 26th August 2018 @15:54 GMT. Keep checking back to see if there’s any updates to markets – the time stamp in the previous sentence for when we update tips on this page will be updated.