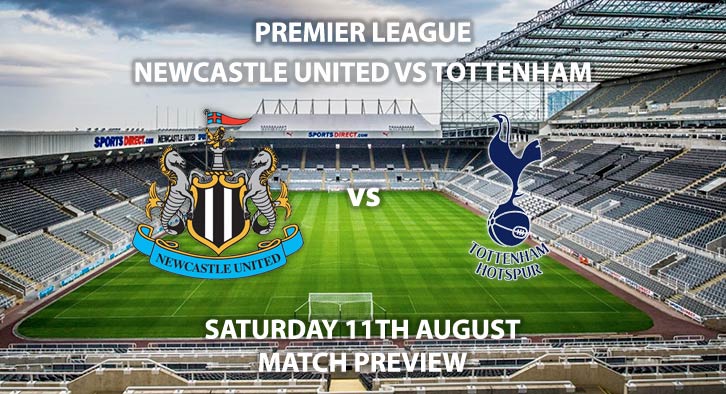 Newcastle United vs Tottenham Hotspur: Mauricio Pochettino will be hoping to get off to the perfect start as his Tottenham side take on Newcastle at St James’ Park.

Spurs have had an underwhelming summer, which has seen no new arrivals. Crucially, they have kept their squad intact, whilst Harry Kane has signed a new six-year deal. Speculation is still rife over the future of Toby Alderweireld, who can leave the club for just £25M next summer. Whilst Davidson Sanchez has proven himself as a fantastic talent, Jan Vertonghen and Alderweireld remain their best partnership at the back. Pochettino will be hoping he can convince his Belgian defender to sign a new deal or he will be resigned to losing him for cheap.

Tottenham have a very young, talented squad, but their lack of summer spending is worrying. If Daniel Levy wants Tottenham to move onto the next level, he is going to have to start paying higher wages and bigger transfer fees. Otherwise, Pochettino and co will eventually become disillusioned by the chairman’s lack of ambition.

Newcastle are in the exact same boat. Owner Mike Ashley has invested little money into the club since their promotion back into the Premier League. Whilst he has allowed Rafa Benitez to reinvest any money from player sales, that will only go so far. Benitez can see the club’s potential, but if Ashley doesn’t sell up or back him soon, he will walk. Salomon Rondon and Yoshinori Muto have been brought in to try and improve their goal return this season, with Dwight Gayle and Chancel Mbemba departing. With a manager as good as Benitez, it’s hard to see Newcastle being in any real relegation danger, but without significant investment, they will always run the risk of a survival scrap. Goals again could be the main issue, however, the club will be hoping their new recruits can plug that gap.

Martin Atkinson is the referee for Saturday’s lunchtime match. The English officiated 28 league games last season in the top flight. He accumulated an average booking points total of 40.9, the highest in the division. Therefore, I would advise a maximum of 50+ total booking points for this game.

Whilst Tottenham supporters will be disappointed not to see any new faces on Saturday, they still have a top-class team and manager. They should come away with an opening day win, as they did against Newcastle last year.

Newcastle United vs Tottenham Hotspur will be televised live in the UK on Sky Sports Football with kick off at 12:30 GMT.

Odds and markets last updated on Saturday 11th August 2018 @09:20 GMT. Markets will not be updated prior to kick off.