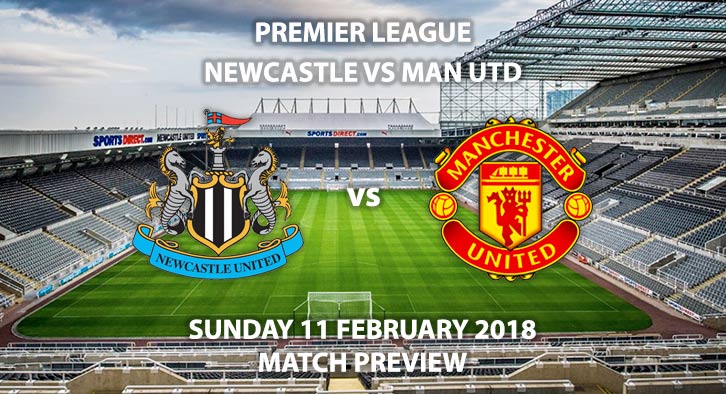 The two teams are at different ends of the table, with the hosts checking their shoulder, only one point above the relegation zone. The visitors are second in the Premier League, 13 points behind league leaders and rivals Man City. The match will be the second of three Super Sunday fixtures.

Newcastle United are currently 16th in the Premier League, having accumulated 25 points from 26 games. Rafa Benitez was able to introduce some new faces late in the transfer window, with Chelsea loanee Kenedy getting the fans most excited. The Brazilian has impressed so far and could cause issues for the Manchester United midfield, that hasn’t set the world alight in recent weeks.

In their 26 matches, the Magpies have scored 24 goals with Spanish striker Joselu the most prolofic. He has scored four goals and got one assist this season, as Newcastle have found goals hard to come by for much of the season. It is possible they could scalp a result as Manchester United have found matches away from home against lower teams much tougher than they should.

Manchester United have accumulated 56 points in their 26 Premier League matches. They are the favourites for this fixture, having only lost one of their last ten games in all competitions. Their most recent Premier League outing saw Jose Mourinho’s side dismantle a Huddersfield side, 2-0, with new boy Alexis Sanchez opening his United account.

The attacking prowess of Manchester United at times can be deadly, with Romelu Lukaku proving his clinical edge with 12 goals and 5 assists. It shouldn’t be too tough for Mourinho’s side as long as they don’t experience any issues in front of goal, as many top sides have in recent weeks against relegation strugglers.

Craig Pawson will take charge of this fixture. The referee has awarded an average of 42.9 booking points in his 17 Premier League matches. Newcastle vs Manchester United will be televised in the UK from

With Alexis Sanchez having settled in, their attacking power seems just too much.