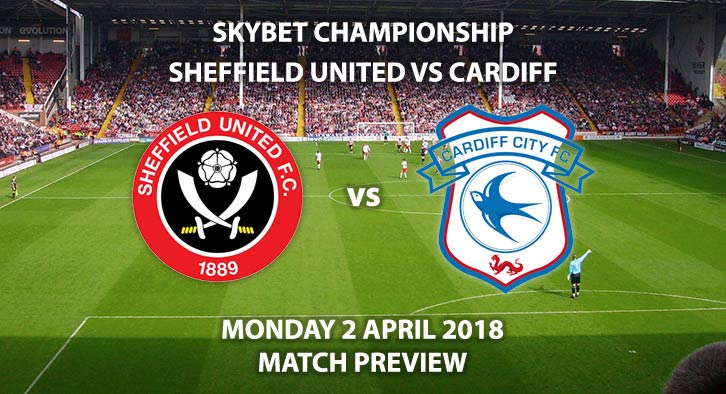 Warnock, who is a United fan, managed the club between 1999-2007, leading them to the Premier League. Now he will be hoping to steal three points as his Cardiff City promotion dream takes shape. The Bluebirds hold a seven point lead in second place, following their eighth consecutive win against Burton Albion on Friday. Callum Paterson grabbed his ninth goal of the season in that win making him the club’s second highest scorer this season. Originally signed as a right-back, Warnock has transformed the Scotsman into a goal-scoring midfielder. Goals have been shared amongst the team this season, with Kenneth Zohore, Junior Hoilett and Nathaniel Mendez-Laing contributing a combined 25 goals to add to Paterson’s nine.

Sheffield United come into this match following their 1-1 draw with Brentford. That result left them in ninth place but only one point outside the play-offs. With just two points separating six teams between fifth and tenth, the battle for the top six has only intensified. The Blades will be without regular keeper Jamal Blackman for this match after he was shown a straight red card for an altercation with Ryan Woods. This game marks a tough run of fixtures for United against a number of promotion rivals. They still have to face Middlesbrough and Millwall at Bramall Lane, before travelling to Bristol City on the last day of the campaign.

Sheffield United haven’t beaten Cardiff in their last five meetings. Their last win came away from home in 2009. They also lost the reverse fixture earlier in the campaign 2-0. Cardiff’s last win at Bramall Lane came on their last visit, which was back in 2011. Warnock will be hoping his boyhood club won’t stand in the way of another three points.

Premier League officials Michael Oliver will take charge of this Monday night clash. Oliver is yet to officiate a Championship game this season but has the highest average booking points total in the top flight. Therefore, booking points may be a good bet, given the added physicality in the second tier.

Whilst Sheffield United’s home form has been good this season, I think Cardiff will come out on top. The goals have dried up recently for United’s frontmen, which could be crucial in this game.

Sheffield United vs Cardiff City will be televised live in the UK on Sky Sports Football HD with kick-off at 19:45 GMT.