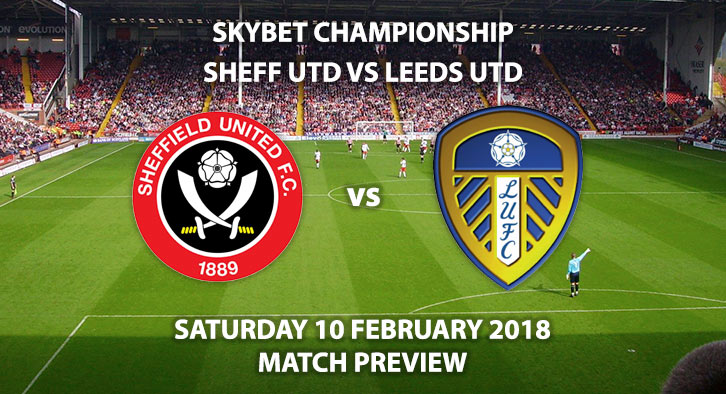 Sheffield United vs Leeds United  – New Leeds manager Paul Heckingbottom will be desperate to start his reign with three points as they face Sheffield United in a Yorkshire derby.

After sacking Thomas Christansen, Leeds moved fast to appoint his successor. After signing a new contract at Barnsley just last week, this move will have come as a major surprise to most, not least the former Barnsley boss himself. Heckingbottom took over the club in League One and guided them to promotion, before consolidating them in the second tier of English football. He has earnt his move, now it’s time to prove he can do it on a bigger scale. One thing I would say is vital, Leeds have to give him time and money in the summer to craft his squad. Over a longer period, the success he had at Barnsley was evident and he needs the same conditions to be a success in East Yorkshire.

With Leeds seven points adrift of a play-off place, they may have to try to build for next season, but a good run of games could definitely see them catapulted into the top six. Without a win since boxing day, Leeds have lost five of their last seven and have picked up four red cards from their last five outings. A tough upcoming run of fixtures could make or break Leeds’ season but if the club show patience I definitely feel Heckingbottom has the right character to be the man to make them successful again.

After a run of just four wins in 15 games, Sheffield United have fallen out of the play-off places. The Blades now sit in eighth, five points behind sixth. Whilst United have massively overachieved this year, their recent run of form has been disappointing. The goals have dried up for top-scorer Leon Clarke, with just one goal from his last nine games. Chris Wilder has tried to freshen the team up with the introduction of his January recruitment but that has failed to pay off as of yet.

With one of the smallest squads amongst the challenging sides, United have finally run out of steam and they need a big win to try and get them back on track. Ever since Paul Coutts’ season-ending injury at Burton, they’ve looked a shadow of their former selves; it’s time for someone to step up to the plate if they want to finish in the top six.

Andrew Madley has been appointed as the referee for this Yorkshire clash. Madley has officiated 24 Championship games this season, more than anyone else. He has averaged 30.6 booking points per game and has yet to show a red card this season.

This will be a very interesting game, with two teams who’re out of form. Sheffield United will always try to go and win the game, especially at home, so the real test for Leeds will be trying to soak up the pressure and hit the Blades on the counter-attack.

Sheffield United vs Leeds United will be televised in the UK live on Sky Sports – Kick off at 12:30 GMT.