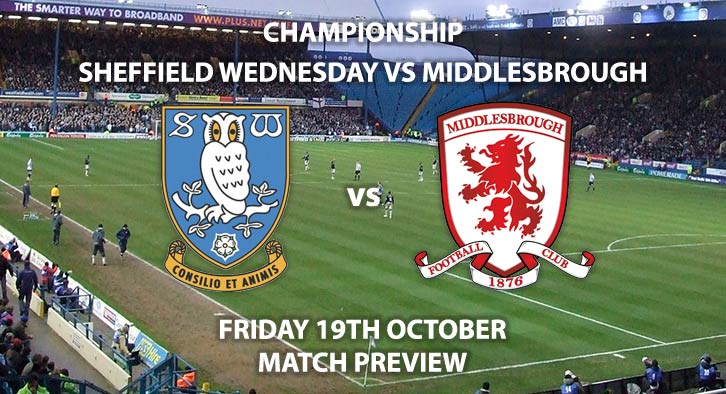 The international break came at just the right time for Jos Luhukay’s men, after a tough run of fixtures. The Owls faced Leeds, Stoke, West Brom, Nottingham Forest, Bristol City and Aston Villa within six games. They returned an impressive tally of nine points, losing just once, which has seen them rise to sixth place. At the moment, Wednesday are one of the most in-form sides in the division, making Hillsborough a tough place for any side to visit. Wednesday will be without Fernando Forestieri through injury, so Adam Reach will be expected to replicate his fine displays which saw him score two ‘goal of the month’ contenders.

Despite Forestieri’s absence, Barry Bannan and Steven Fletcher have been passed fit, along with Sam Hutchinson and Lucas Joao. Joao netted twice off the bench in their 2-1 win over Bristol City in their last match, which was his fourth and fifths goals of the season. The Owls are unbeaten at home this season in the league but have drawn four of their six games. If they can start turning those into wins, they could even mount a push for automatic promotion.

Middlesbrough sit in fourth, three points ahead of their hosts. Tony Pulis’ side suffered an uncharacteristic defeat at home again Nottingham Forest in their last match and will be desperate to bounce back with a win. After being tipped for the title at the start of the campaign, it has been a steady start by Boro. Their main issue has been a lack of goals; they have just 14, the lowest of the top six by some distance. However, unlike Wednesday, they are rock solid at the back, conceding just six times, which is the best record in the league.

Peter Bankes is the referee for this match. The Englishman has officiated eight games in the second tier this season. He has an average booking points total of 66.2, which is the second highest in the league. As a result, I’d recommend a maximum of 70+ total points for this fixture.

Although Wednesday are in the best form of these two sides, Middlesbrough have made a habit of being hard to beat. Therefore, given Wednesday’s record with draws at home, I could see this ending in a similar fashion.

Sheffield Wednesday vs Middlesbrough will be televised live in the UK on Sky Sports Football with kick off at 19:45 GMT.

Odds and markets last updated on Friday 19th October @17:40 GMT. Keep checking back to see if there’s any updates to markets – the time stamp in the previous sentence for when we update tips on this page will be updated.