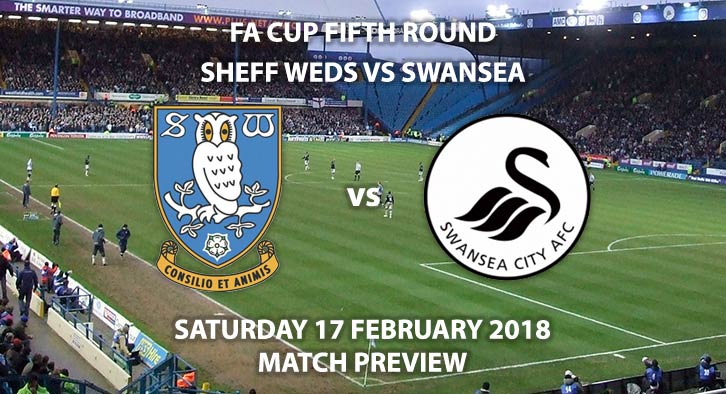 After leaving Hillsborough on Christmas Eve, eight weeks ago, few would have predicted that Carvalhal would be making such an instant return to his former side. The Portuguese head coach guided the Owls to two top-six finishes during his two and a half year spell at the club, including reaching the play-off final in his first season in charge. I expect Carvalhal to get a good reception from the home faithful on Saturday, as he should.

Despite the more pressing concerns of securing their Championship status for next season, the FA Cup has proved a welcome distraction for Wednesday. Jos Luhukay won his first league game in midweek, beating promotion-chasing Derby 2-0. In the FA Cup, the Owls have defeated Carlisle and Reading in the previous two rounds meaning their Premier League opposition is by far their toughest task so far. The Owls could welcome back Tom Lees to the starting line-up, with the defender missing the last three months through injury. They will still be without 11 injured first team players, although Gary Hooper and Joost van Aken are thought to be only a couple of weeks away from returning.

Since arriving in South Wales, Carvalhal has lifted the Swans out of the relegation zone. After taking over the club with them rooted to the bottom of the Premier League table, they now sit in 14th. They’re undefeated in their last nine games, winning four of their last six in all competitions. Swansea’s switch to a back three has been key to their success, which has seen them become more resolute at the back and more of a threat going forwards. Jordan Ayew has been in particularly good form, with three goals in seven games.

The form of these two sides coming into this fixture couldn’t be starker. Wednesday have one league win in 16 to their name, whilst Swansea are flying high. To make matters worse, Wednesday haven’t beaten Swansea since 1984, having drawn three of their last four meetings. Swansea won the other fixture at Hillsborough 2-0, back in 2009.

Paul Tierney is the referee for this match up on Saturday lunch time. The official has an average booking points total of 28, which is one of the lowest in the Premier League. He is yet to show a red card this season, but has showed an average of 2.8 yellow cards across his ten top flight games.

Considering the form of these two sides, you’d expect there to be only one winner. I do expect Wednesday, however, to give a good showing of themselves in front of a packed home crowd. Carvalhal’s return should motivate the players, as well as the chance to win a place in the quarter-finals. Swansea should still progress though, with BTTS and an away win my best tip.

Sheffield Wednesday vs Swansea City will be televised live on BT Sport 1 from 12:30PM GMT on Saturday 16 February 2018.

Keep visiting the tips and preview area for further updates and previews for this weekends FA Cup action.