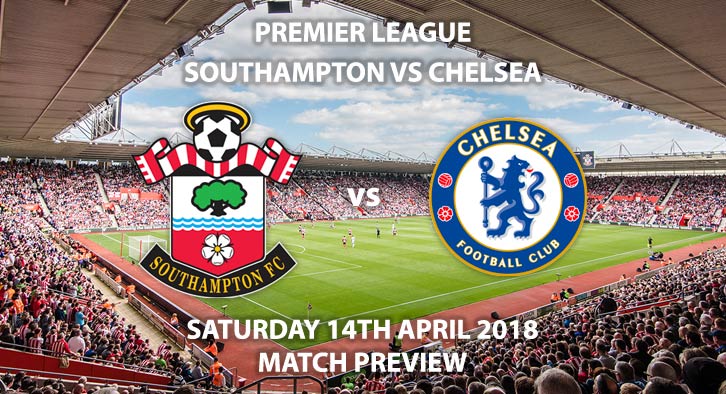 Southampton vs Chelsea – Chelsea head to the South Coast to face Southampton looking for victory as they bid to reignite their push for the top four.

Chelsea look set to be playing Europa League football next season after a run of one win in five league games. This poor form also stretches to two wins in their all games in all competitions. Antonio Conte’s side were let frustrated yet again last week as they drew 1-1 with West Ham. Despite dominating for large periods of the game, the Blues couldn’t put the game to bed and paid the price. The result left them ten points behind fourth-placed Tottenham, with just six games remaining. Speculation over Conte’s future continues to increase as Chelsea stutter to the end of the Italian’s second season in charge. Their only hope of silverware comes in the shape of the FA Cup. They will face their opponents on Saturday for a place in the final, where Chelsea lost last year.

Southampton’s hopes of avoiding relegation were dealt a blow as they lost 3-2 to Arsenal. The Saints came away from the Emirates feeling hard done by, having performed well for large portions of the game. On reflection, I felt they deserved a point, which is a cause for optimism. They are, however, still three points adrift of safety although they do have a game in hand. Despite their improved performance, they still conceded three goals. All the goals were avoidable and came due to Southampton’s inability to clear their 18-yard-box. Goals have been the main source problem this year but if they don’t defend better when they have the lead, they will find themselves in the Championship next season.

Mike Dean is the referee for Saturday’s early kick-off. The Englishman was in charge of Cardiff V Wolves last week but finds himself back in the Premier League for this fixture. Dean has officiated 21 top-flight fixtures this campaign, accumulating an average booking points total of 39. This is the fourth highest in the league. As a result, I would recommend a maximum booking points total of 40 in any bet.

After watching Southampton’s performance last week, I feel they can survive. There are always twists and turns in the Premier League and we might see another this weekend. Chelsea are in turmoil and I could really see the Saints getting a result. Therefore, I would suggest double chance Southampton or draw as my bet.

Southampton vs Chelsea will be televised live in the UK on Sky Sports Main Event with kick-off at 17:30 GMT.

Odds and markets last updated on 8th April 2018 @12:50 GMT. Markets may be updated prior to kick off so keep checking back before kick off for any further updates or markets.