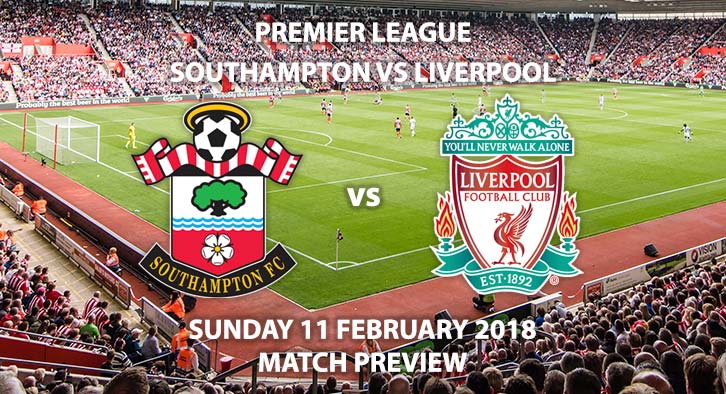 This Sunday afternoon will be a day jam-packed with Premier League action, Southampton vs Liverpool being one from the St Mary’s Stadium.

Both sides seasons so far have seen very different outcomes thus far. The hosts are struggling in the lower end of the table, only two points above the relegation zone. Sundays visitors are flying high in third, however are checking their shoulders themselves as Chelsea and Tottenham are challenging Jurgen Klopp’s side for a Champions League place.

Southampton have enjoyed a decent run of form as of late, with their most recent outing seeing them in rather uncharacteristic scoring form. They defeated bottom of the table West Brom, 3-2 in an edge of your seat thriller. Charlie Austin has stepped up this season for the Saints, with 6 goals to his name. The Saints have scored only 28 goals all season and along with that, 26 points. Southampton often enjoy facing Liverpool, as it gives them an opportunity to get back at the club that just keeps buying their players; most recently, Virgil Van Dijk. Can the Saints pull off a huge win to reshape the bottom half?

Jurgen Klopp will be hoping Liverpool’s fortunes will turn following their thrilling conclusion against Spurs on the weekend that saw them drop two points very late on. His side are currently third in the Premier League, chasing Manchester United who are comfortably ahead of them for now. The game will also mark Virgil Van Dijk’s first return to St Mary’s Stadium after his prolonged transfer saga.

Liverpool are favourites and for good reason. Their attacking threat is frightening with Mo Salah stealing the headlines with 21 goals and six assist in 26 matches – outstanding for a winger. Whilst Liverpool’s attack is flourishing, their defensive mishaps don’t seem to be vanishing. With much of their fans frustration and dropped points coming from mistakes in their defensive third. Will their attacking prowess be too much for the Saints?

Southampton have only scored two or more goals in 23% of their Premier League outings this year, whereas Liverpool have scored two or more in 63% of theirs. The hosts have been awarded an average of 6.2 corners per match this season and the visitors, 6.1 corners. The referee for the match will be Martin Atkinson. Martin has awarded an average of 40 booking points in his 18 Premier League matches.

You’d be a brave better to think both teams won’t score, should be a goal-fest.