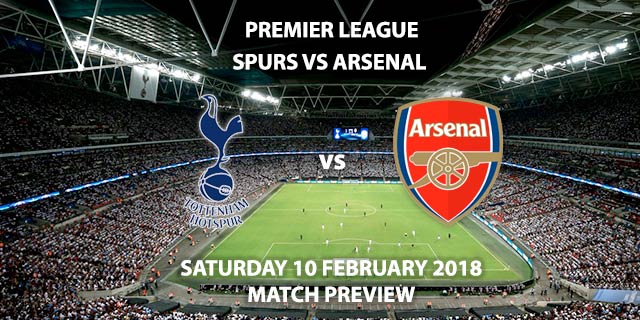 Potential Champions League places and North-London pride are on the line at Wembley for a mouth-watering derby between Spurs vs Arsenal.

Just four points and one league position separate the two teams, with Pochettino’s side faring narrowly better in 5th and just a single point away from Chelsea in 4th.

With an FA Cup replay against Newport comfortably navigated in-between, this huge North-London derby comes in the middle of an extremely tricky run of fixtures – however they dismantled Manchester United in a 2-0 victory and then claimed an injury time equaliser courtesy of controversy and a Harry Kane penalty against Liverpool. A win over their bitterest of rivals could complete a very strong couple of weeks for Spurs in a now seemingly-customary late-season surge of form.

Arsenal have had yet another turbulent season, with abject performances, constant transfer speculation and managerial insecurity but in familiar fashion are just about clinging on to any top four chances. A climatic end of the January transfer window saw the acquisition of Henrikh Mkhitaryan (as Alexis Sanchez went the other way to United) and world-class striker Pierre-Emerick Aubameyang – and whilst both names are difficult to say after a few pints their ability is undeniable, and both hit the ground running in the 5-1 demolishing of Everton.

A second consecutive season outside of Europe’s elite competition beckons barring a somewhat spectacular turnaround (due to the level and number of teams competing for the same spots) and with a humiliating 4-2 defeat against Nottingham Forest already suffered in the FA Cup it would leave the Europa League as Arsene Wenger’s last saving grace.

Arsenal have already proven their capability this season, dispatching Spurs 2-0 in the reverse fixture. Whilst doom and gloom seem to surface at the club after every defeat, beating their North-London counterparts would put just a point between the teams and potentially mean Wenger’s side are within just a game’s turnaround of breaking into the top four. Football’s a funny old game.

In an ever-feisty North-London derby between two great rivals one can always expect a flurry of cards to be thrown into the mix. Arsenal are one of seven teams yet to receive a red card this season, but this could very much be the day that changes. Factor in that Spurs have received marching orders twice this year and that no referee has given more yellow cards this year than the match official Anthony Taylor (average of 3.8 per game), and a recipe for refereeing action is prevalent.

Whilst Spurs are often lauded (probably correctly as one of the division’s best teams defensively, Arsenal only have two less clean sheets this term. Saying that, only Manchester City (12), Chelsea (13) and Manchester United (15) can boast more than Spurs’ 11 shutouts. However, this game very much has the feel that attack will be king – with the danger of lethal finishers in Harry Kane and Aubameyang on the prowl.

If this season is anything to go by, then the game should produce a large number of corners. Spurs have the division’s second highest total of corner kicks (170) and Arsenal are only three spots further behind (159). Easily accountable due to the dominance often held by both sides.

Tottenham vs Arsenal will be televised in the UK on BT Sport – Kick-off – 12:30 GMT.

Arsenal’s away form to plague them again and Spurs to continue hot streak by seeing off their rivals.