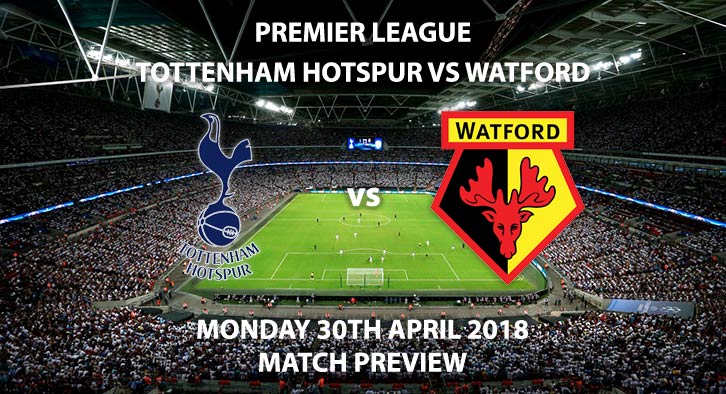 With the season drawing to its conclusion, Spurs are hoping to cement their place in the top four places. Meanwhile, Watford have very little to play for, with their Premier League status safe for another season.

The hosts are currently fourth in the Premier League with Chelsea trying to catch them up. Mauricio Pochettino’s side have had another very impressive campaign, with Harry Kane, yet again, stealing the headlines. The striker has spearheaded an attack that have managed to find the net 66 times in their 34 outings. They have also managed to score two or more goals in 50% of their matches all season. Christian Eriksen and Dele Alli have also illustrated their class in recent weeks.

Defensively, Spurs have been rather tight and rigid at the back. Jan Vertonghen and Ben Davies have been two stand out performers throughout the Premier League season. They have been part of a back four that have conceded 31 goals all season and managed to keep a clean sheet in 41% of their matches. It’s tough to see past this strong North London outfit.

The visitors are currently 12th in the Premier League and far away from any danger that could occur. Whilst their attack has been rather prolific, at times their defence has made for poor viewing. They enter the match with 3 draws and 3 losses in their last six matches. Over the course of the season they have scored 42 times and managed two or more in 42% of their games.

However, defensively Watford have not been a pretty side. They have conceded 60 goals all season with only West Ham and Stoke conceding more. They’ve picked the ball out of their net 13 times in their last six games and kept a clean sheet in 25% of their matches all campaign. They have a tough evening ahead of them.

The referee for this match will be Michael Oliver. The official has awarded an average of 38.7 booking points in his 27 Premier League appearances.

The match will be televised live in the UK on Sky Sports Premier League and will kick off at 20:00pm.