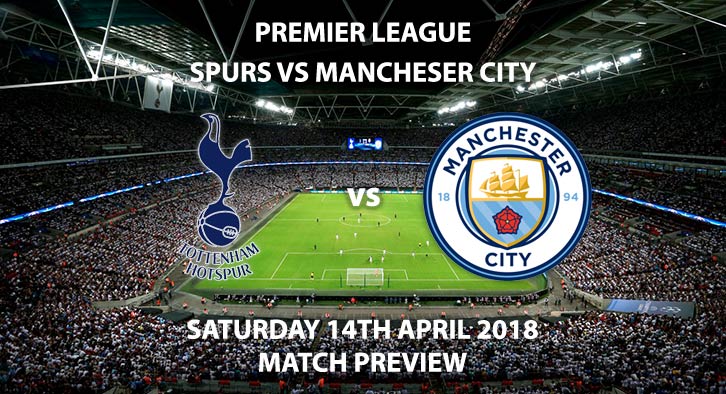 City crashed out the Champions League in midweek after their third consecutive defeat. Liverpool’s 2-1 win at the Etihad secured their place in the semi-final at the expense of the Champions elect. In a traumatic week, City surrendered their chance of the treble, as well as securing the league title against Manchester United. In their last two games, Pep Guardiola’s team have surrendered half-time leads and lost. This indicates that City are running out of steam, as a result of such an impressive campaign.

The high intensity they showed in the first half of both games couldn’t be matched in the second 45 and consequently they won neither game. Both Vincent Kompany and Sergio Aguero were left out of the starting line-up against the Reds. Both are likely to return at Wembley as City look to restore some lost pride. Victory could see them secure their third title in seven years, should United lose at home to West Brom on Sunday.

Tottenham tightened their grip on a top-four spot with a 2-1 victory at Stoke last weekend. Spurs now hold a ten point lead on their London rivals as they head for a third consecutive Champions League finish. Harry Kane returned to the side last week as he hopes to claim his third golden boot in a row. With third, and potentially second, still in reach for Tottenham, Mauricio Pochettino will have his eyes set on a strong finish to the season. They face Manchester United next weekend as they look to earn their place in the FA Cup final. Victory in that competition would be the Argentinian’s first in charge of Spurs and would cap off a strong season.

Jonathan Moss is the referee for Saturday night’s crunch clash. The Englishman has an average booking points total of 37.1. This is one of the highest in the league and with tempers likely to boil over, expect some booking points on Saturday. Thus, I’d advise a maximum total of 50 or 20+ each team.

Tottenham have won their last four games at home. Pochettino’s high-energy side could cause City yet to more problems, in a week they will want to forget. Therefore, I’m opting for a score draw. Kane and Aguero to both score would be my bet of choice as the two strikers look to fire their side to victory.

Tottenham Hotspur vs Manchester City will be televised live in the UK on Sky Sports Football with kick-off at 19:30 GMT.

Odds and markets last updated on 13th April 2018 @19:50 GMT. Markets may be updated prior to kick off so keep checking back before kick off for any further updates or markets.