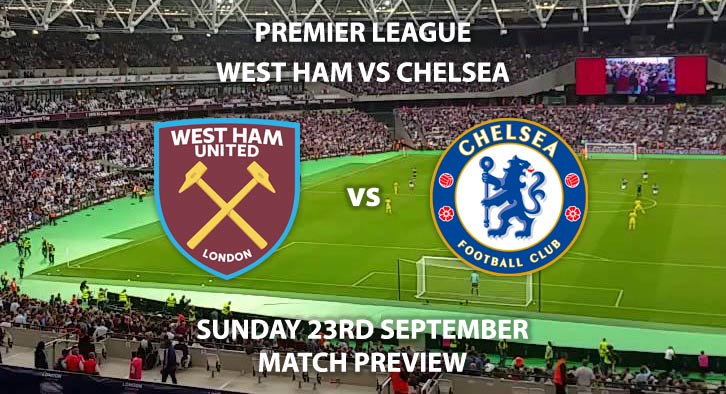 Mauricio Sarri has enjoyed a wonderful start to life at Stamford Bridge, leading his side to five consecutive league victories. Such a good start in fact, that should Chelsea win on Sunday it would only be the fifth time that a side has won their opening six Premier League fixtures (Liverpool also have the opportunity to do so a day before).

There has been a vastly different style shift from previous boss Antonio Conte, which the players seem to buy into. The figurehead, as ever, has been Eden Hazard. The Belgian superstar has been in scintillating form, leading the division’s scoring charts with five goals so far. The increased freedom has allowed Hazard to flourish, also ranking first in the league for touches, successful dribbles and passes in the final third. Exactly the areas you want a player with such quality in.

Much of the talk surrounding the league title has centred around holders Manchester City and the appointed challengers Liverpool. In the same vein that Liverpool are winning without hitting top gear, the same could be said for Chelsea. Again, like Liverpool, when the attacking play clicks it is devastating and almost impossible to stop. No one has netted more than The Blues’ 14 league goals this term.

With a new system and players with reinstated belief, Chelsea are surely only going to get better. And if they do, then it would be foolish to dismiss their title chances.

Things couldn’t be much more different for West Ham. Excitement was rife in the West Ham camp after a summer of seemingly impressive recruitment. None seemed better than the appointment of former Premier League winning manager Manuel Pellegrini. However, football just doesn’t always work out that easy. Four losses from the opening four games rooted West Ham to the bottom of the table.

Light at the end of the tunnel came in the form of last week’s 3-1 victory at Everton. New signing Andriy Yarmolenko got his first start for the club and marked it with a brilliant brace. His talent alongside the increasingly consistent and effective Marko Arnautovic could be a force to be reckoned with.

That win took West Ham out of the relegation zone and into 16th. The project at West Ham is undoubtedly to look up the table, not worry about what is below. If the ability in the squad is realised there is no reason The Hammers can’t secure at least a top ten finish. If it doesn’t, it could be a gruelling season on a high wage bill. Pellegrini has his work cut out.

Taking charge of a fourth Premier League game of the season, is well-known referee Mike Dean. Dean has had a very busy start to the season, giving red cards out in two of his three games. Which could spell trouble as no side has received more cards than West Ham’s huge total of 18. That is in complete contrast to Chelsea, who have a league-leading disciplinary record of just four yellows.

The London Stadium will play host to what will surely be an exciting game filled with attacking football. Sarri’s side may be slightly tired after midweek European excursions (beating PAOK 1-0), but Chelsea should have too much quality. Especially if a certain diminutive Belgian is anywhere near his best.

West Ham United vs Chelsea will be televised live in the UK on Sky Sports Football with kick off at 13:30.

Remember to keep visiting the tips and preview area for further updates and betting previews around next weeks televised Premier league and SkyBet Championship matches.