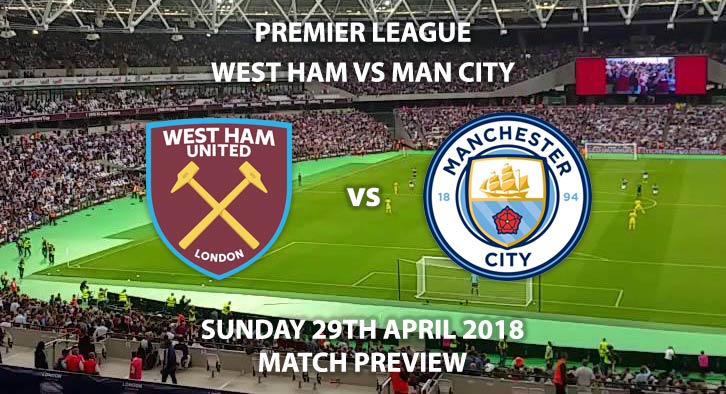 After securing the title two weeks ago, Pep Guardiola’s side are now seeking to be as dominant as possible. To claim the prestigious pseudo-title of ‘best Premier League side ever’. Brace for some incredible stats.

After 34 games City have 90 points. Just two wins will see The Sky Blues break Chelsea’s 2004-05 record of 95 points. Three wins and a draw from facing West Ham, Huddersfield, Brighton and Southampton – which is surely a given considering the respective clubs’ positions – will see City become the first side to ever break the 100-point mark in the Premier League. Astonishing.

Additionally, six more goals will see the goal-scoring record, which was also Chelsea’s (103 from 2009-10), broken too. City have scored two or more 28 times this season. In stark contrast, only Stoke (18) have conceded two or more on more occasions than the Hammers (17) this term. It would be a safe bet to assume both of those totals increasing.

Whilst the numbers may seem dry, the figures being posted are impossible to ignore. Guardiola’s team have romped to the title by playing the most fluid, eye-catching and penetrative football. Kevin De Bruyne narrowly missed out on the PFA player of the year to Liverpool’s red-hot Mo Salah, but the Belgian, and fellow superstars David Silva, Sergio Aguero, Leroy Sane to name a few, have been unplayable throughout the campaign.

Falling short to Liverpool’s own brand of swashbuckling football in the Champions League (5-1 on aggregate), and to a resilient performance by Wigan (1-0) in the FA Cup, the Premier League is where City have made their mark. It will undoubtedly be a mark that is difficult to erase.

At the other end of the table, West Ham are still embroiled in a relegation battle. A six-point gap from 18th is breathing space but face difficulties with City, Leicester, United and Everton still to play. Anything other than a defeat will surely be a bonus from this match, however.

If David Moyes manages to (and it seems likely) keep West Ham safe he will have achieved minimum expectations. Some credit is due. But the long-term direction of the club, amongst fan upheaval and boardroom dismay is still questionable at the least.

Refereeing this one will be Neil Swarbrick. The Englishman has one of the lowest average booking points per game and is still to give a red card. In his 19th Premier League game of the season he may face some difficulty in maintaining that figure, however. West Ham have the division’s worst disciplinary record, with a league-high 69 yellow cards and 21.8 booking points per match.

West Ham vs Manchester City will be televised live in the UK live on Sky Sports Premier League, with kick-off at 14:15.

It is hard to look beyond yet another comprehensive victory for the Premier League Champions.

Did you know: If Man City score 2 or more goals today – we land a 125/1 RequestABet from our opening day preview back in August. The bet was Mohammed Salah to score 15+ Goals and Manchester City to score 100+ goals this season at odds of a 125/1 !!!

Odds and markets last updated on 27th April 2018 @11:55 GMT. Markets will be updated ahead of kick off so keep checking this page back.

Don’t forget to kee visiting the tips and preview area for further updates and betting previews for more previews for this upcoming weekends FA Premier League.