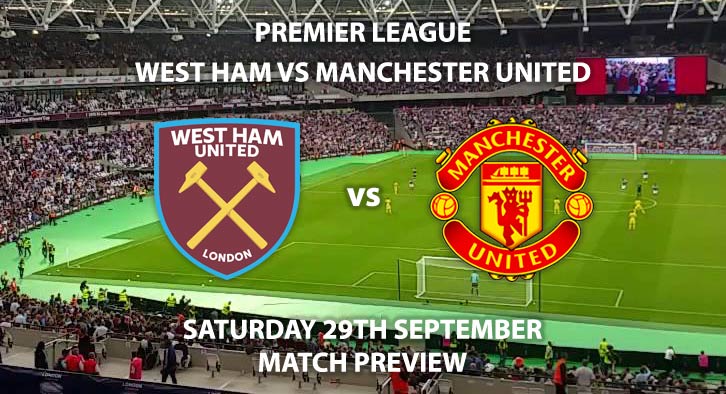 West Ham vs Manchester United : The visitors will be looking to return to winning ways in the when they face West Ham, who will be buoyed by their draw with Chelsea last weekend.

The Hammers held Maurizio Sarri’s side to an impressive 0-0 draw. That result secured four points from two tricky matches, which moved them off the bottom of the league. Manuel Pellegrini’s side now sit in 17thplace, two points above the relegation zone. The main disappointment for West Ham has been their home form this season; they’re still yet to win in front of their own fans in the league. Although a draw against Chelsea was a good result, they lost to both Bournemouth and Wolves earlier in the season. Pellegrini will be desperate to secure that first home win, to relieve some of the early pressure he has faced. They did secure their first home win in all competition in midweek, however, as they beat Macclesfield 8-0 in the Carabao Cup, their biggest win in over 50 years.

Manchester United struggled last weekend after three wins on the bounce, as they drew 1-1 with Wolves. Jose Mourinho was highly critical of his side, accusing some players of performing at 30%. Although their showings have improved in recent weeks, United are already eight points behind Liverpool. Even at this early stage of the season, that is a big blow. Alexis Sanchez’s below-par form has typified their form; one week a seven out of ten, the next a four. To make matters worse, his side were beaten on penalties by Derby County as they crashed out of the Carabao Cup. It took a Mouraine Fellaini header in stoppage time to force penalties after United had Sergio Romero sent off.

Michael Oliver is the referee for Saturday’s early kick-off. The Englishman has officiated five top-flight matches this season, accumulating an average booking points total of 28. Therefore, I would advise a maximum total of 40 for this game.

West Ham have improved drastically in recent weeks, although they’re yet to win at home in the league. They sat deep against Chelsea, and they may adopt a similar tactic this weekend against United. I still think Mourinho’s men will win the game, though, but it might be closer than some would expect.

West Ham United vs Manchester United will be televised live in the UK on BT Sport 1 with kick off at 12:30 GMT.

Remember to keep visiting the tips and preview area for further updates and betting previews around this week-end’s other televised Premier league and SkyBet Championship matches.