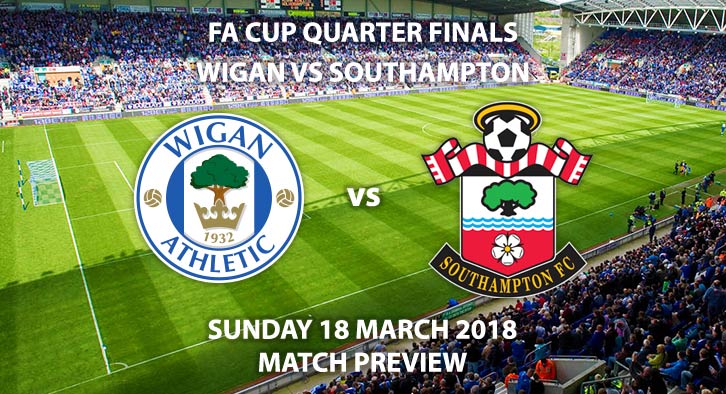 Hughes was named as Mauricio Pellegrino’s successor after Southampton’s 3-0 defeat to Newcastle last time out. The Argentine endured a difficult first season as a manager in English football, taking Southampton dangerously close to the relegation zone.

Hughes himself lost his job at Stoke for doing the same thing, but the Welshman seems the right fit to take The Saints out of trouble. He even played there for two years between 1998-2000, so has an ‘affinity’ in his own words.

Southampton have had a turbulent season, with just five wins only West Brom (three) have won less games in the Premier League. However, the FA Cup represents a wonderful opportunity for Southampton to win their first major trophy since winning this competition in 1976.

Wigan are the opposition, who already are writing their own script in this season’s FA Cup. Toppling Pep Guardiola’s all-conquering Manchester City side in the last round sent shockwaves through football.

Paul Cook’s side are having an excellent campaign in general, sitting in 2nd place, five points from Blackburn Rovers. The Latics do, however, have three games in hand in their quest to return to the Championship.

Goals decide games, and that’s exactly where Southampton have struggled this season. They have only scored 29 in the league, and only scored two or more six times. Only Swansea and West Brom have failed to reach that feat in fewer games (five). Wigan have scored two+ on 18 occasions, so it is just a case of whether they can replicate that against higher quality opposition.

This match will represent everything that the FA Cup is about. Two teams, generally unfancied, where one of them will make it to a Wembley semi-final. Where dreams are made.

Michael Oliver has been chosen to referee this one. No one has taken charge of more Premier League games than Oliver this year (25), and he has the second highest average booking points per game in the division with 39.8.

Wigan Athletic vs Southampton will be televised live in the UK on BBC One with kick-off at 13:30 GMT.