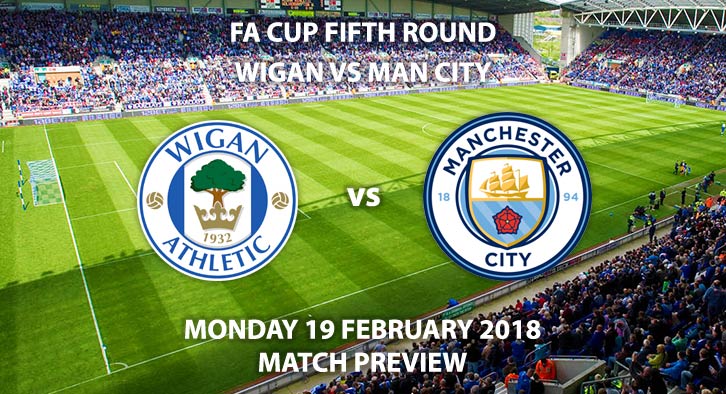 On that occasion, Wigan were a Premier League team. Roberto Martinez’s already-relegated side claimed the trophy with a last-minute Ben Watson goal. The Latics, now managed by Paul Cook and in League One will be even bigger underdogs against a phenomenal Manchester City team with Pep Guardiola at the helm.

It will take some stopping to repel a team that has only failed to score two times in all competitions all season. City have smashed an incredible 79 goals in 27 matches, scoring at least two in 22 of those fixtures. Sergio Aguero has once again been at the heart of that attacking prowess, finding the net 29 times in just 33 appearances this campaign.

The Sky Blues have 12 league clean sheets and the fact they have dropped points in just four games. This sees City with an almost insurmountable 16-point lead at the top of the Premier League. But Guardiola, fresh from a 5-0 demolition of FC Basel in the Champions League on Tuesday, will want to win every trophy possible. Especially seen as they lost in extra-time to Arsenal in the semi-finals of this competition last year.

Wigan have had a very strong season too. They sit in 2nd place with 63 points, level with Blackburn in 3rd. Shrewsbury are just a point ahead at the top but The Latics have a game in hand. Cook’s side will want to put aside the disappointment of the last two games (defeats to Southend United and Blackpool) when welcoming the Premier League Champions-elect. Wigan will surely not lack the motivation to do so.

Anthony Taylor has been confirmed as the official for this one. The English referee is yet to give out a red card in the Premier League so far this season. However, Taylor has dished out a very high average of 3.7 yellow cards per game in his 18 matches this term so that could be the safe bet.

It is hard to look past anything other than a dominant Manchester City victory. Even with what will be a changed side following the trip to Switzerland in the Champions League the depth of talent available should comfortably see the tie through. But stranger things have happened in the FA Cup.

The match will be shown on BBC One with kick-off at 7:55pm.

More markets will be added over the weekend prior to the game kicking off on Monday evening. Keep visiting the tips and preview area for further updates and previews for this weeks UEFA Champions League action.