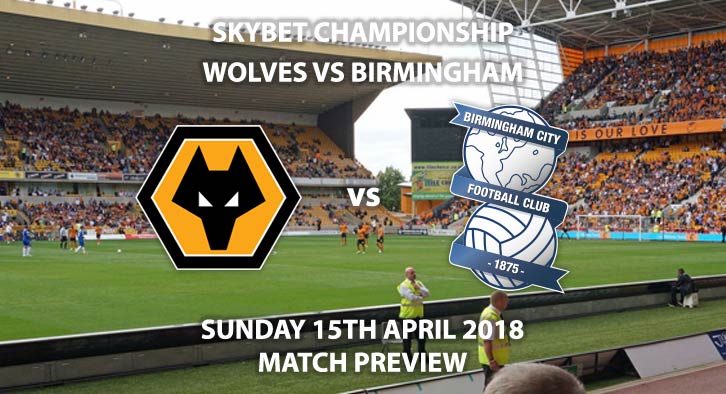 Wolves vs Birmingham: Wolves can seal automatic promotion to the Premier League with victory over Birmingham in the West Midlands derby.

The league leaders hold an 11-point lead at the top of the Championship, following their 2-0 win over Derby County in midweek. Wolves could be promoted by the time they play on Sunday if either Cardiff City or Fulham fail to win on Saturday. Should Neil Warnock’s men fail to take three points, Wolves could also secure the league title with victory against their nearest rivals. Ruben Neves stole the headlines in their midweek win with a spectacular 30-yard volley. The Portuguese international has been a sensation since arriving in the Black Country and has been nominated for the Championship player of the year.

Birmingham come into this match three points clear of the relegation zone. The Blues’ impressive recent run of form has taken them out of the drop zone, at the expense of Barnsley. The Tykes, however, hold a game in hand over their relegation rivals, which could see Bolton or Birmingham slip back into the mire. They have lost one of their last five, which has included three victories against relegation rivals. Gary Monk’s arrival at the club has had the desired effect thus far and there is a real belief they can now avoid dropping into League One. The goals of Lukas Jutkiewicz have been key to their recent revival. The former Middlesbrough striker has scored three goals in his last three games.

Wolves have won six of their last eight home games, drawing two matches along the way. Their last defeat at Molineux came in January against Nottingham Forest. By contrast, Birmingham have won one of their last away matches.

Wolves look set for life in the top tier. Whether they need the result or not, I fully expect them to win this game. Wolves to win by exactly two goals is my bet for the game, with Wolves to win to nil a safer bet.

Wolves vs Birmingham City will be televised live in the UK on Sky Sports Football with kick off at 12:00 PM.