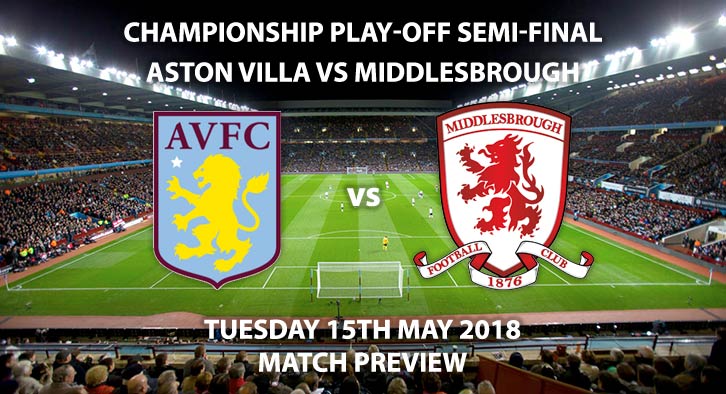 Mile Jedinak’s decisive header secured the win for Aston Villa when the two sides met at the Riverside on Saturday. In the second half, they put in a valiant defensive display with Middlesbrough unable to break down their opponents. John Terry and James Chester again proved why they are one of the best centre-back partnerships in the League; Chester has played every single minute for Villa this season. Alan Hutton also stood out. The Scotsman was tasked with man-marking Spanish winger Adama Traore, who has been a revelation since Tony Pulis’ arrival. If he swapped wings, so would Hutton and he marked Boro’s main man out of the game for 90 minutes.

If Middlesbrough want to find a way back into this tie, they’re going to have to be a bit more offensive. Despite losing the game, Pulis opted to take off Britt Asomblaonga for Patrick Bamford, rather than try the two together. I’m sure, from the start at least, they will maintain their 4-3-3 shape but they have to be open to using two forwards as they chase the game. It’s imperative Boro also find a way to stop Jack Grealish. Just like Traore, the Englishman is Villa’s main creative threat. If they again start with three midfielders, I’d recommend tasking Muhamed Besic or Adam Clayton to mark Grealish out of the match.

Mike Dean is the referee at Villa Park on Tuesday. Dean has predominately officiated in the top flight this season. The Englishman has accumulated an average booking points total of 40.2, the second highest in the league. With so much on the line, I’d advise a maximum of 50+ match booking points for this game.

Both these teams are potentially 90 minutes from Wembley. Middlesbrough have got to come out and play on the front-foot if they want to find a way back in this tie. However, I think Villa have too much experience to throw this position away.

Aston Villa vs Middlesbrough will be televised live in the UK on Sky Sports Main Event with Kick Off at 19:45 GMT.

Odds and markets last updated on 15 May 2018 @16:22 GMT. Markets maybe updated prior to kick off so keep checking back – we will update the time for when the tips were last updated when doing so.